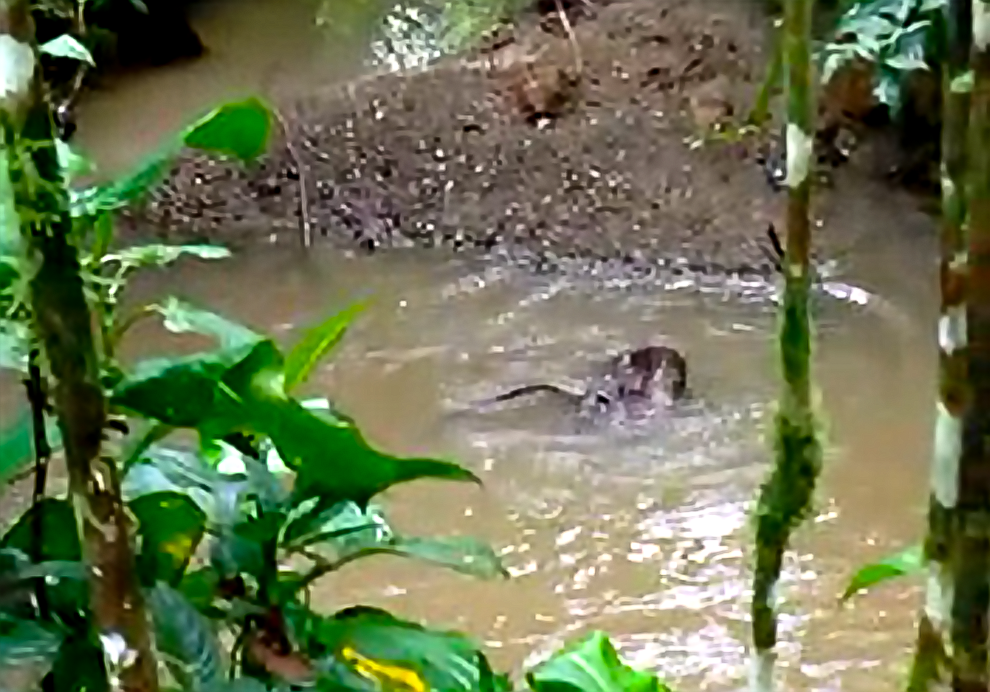 Exciting news: for the first time since our arrival 5 years ago, we can announce the sighting of a mother with two cubs of the neotropical river otter, another species threatened by extinction that found a new habitat in the Refugio and even produced offspring. River otters have been brought to the brink of extinction through heavy hunting for their fur from 1950 to the 1970s. Current threats are habitat loss through illegal hunting, mining, water pollution and ranching. Attempts at captive breeding proved largely unsuccessful.

This species is an important ecological indicator because they prefer ecologically rich, aquatic habitats and have a low reproductive potential. We are proud and happy that these otters were choosing the Refugio as their new home.

Watch the video below to see them playing!