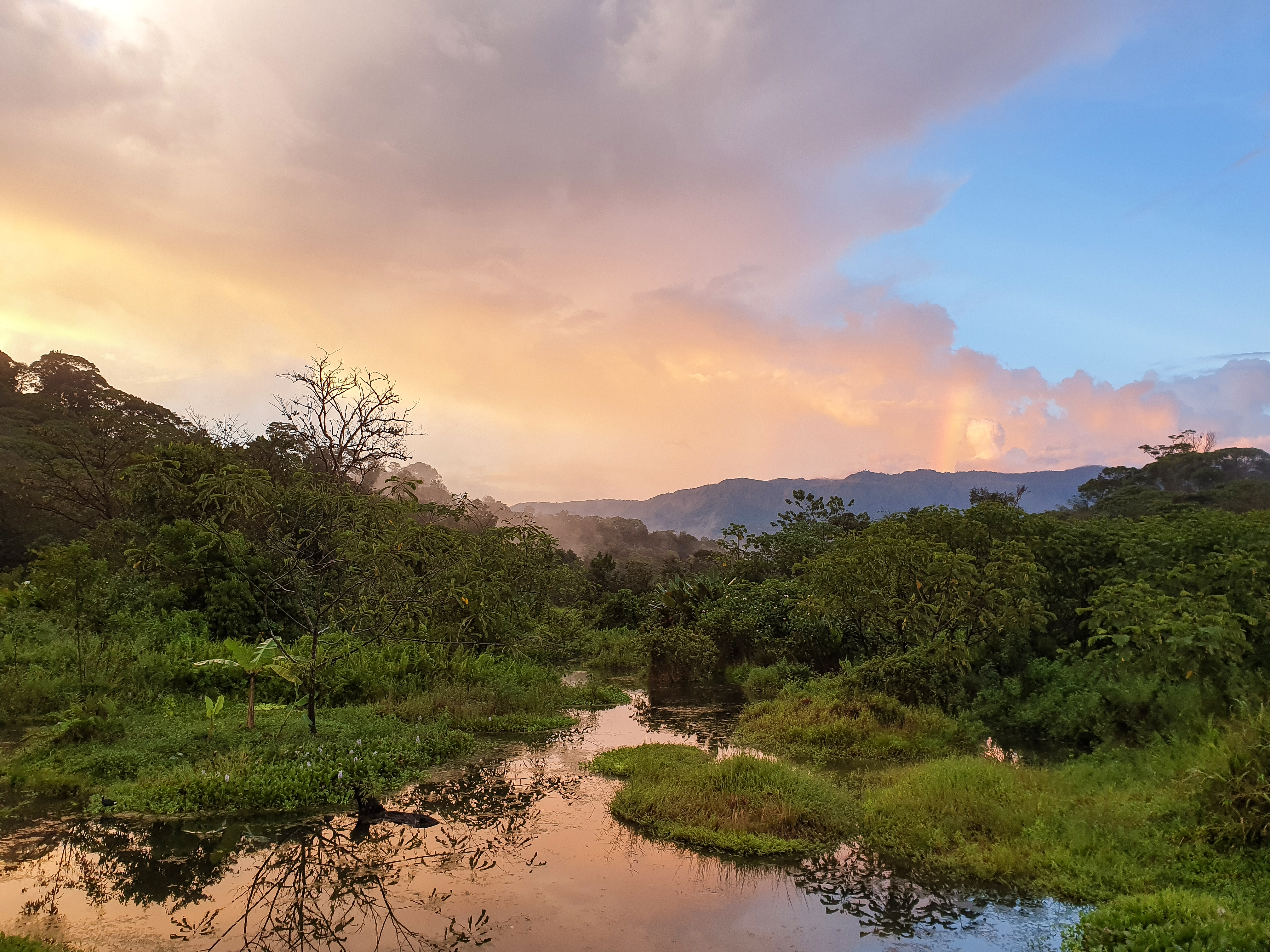 Ever since my childhood, like many other people, I have been driven by the questions of who I am and why things are as they are. To answer these questions, for me, any tool would do: natural sciences, fine arts, music, philosophy – or preferably all of them.

So I started out with studying physics, mathematics and biology. Because of my all-time favorite teachers, Nobel laureate Konrad Lorenz and Rupert Riedl, I soon gravitated more and more towards biology.

But one day, a friend – a sculptor – gifted me with a rock of sandstone, a bit less than a meter in diameter, and said: ‘If you can carve an egg from that, you probably can do anything.’ I refused hammer and chisel, took an ax instead, carved an egg and smoothly polished it with glass paper. My friend looked a bit surprised and said: ‘Take your egg and come!’ He took me and my egg to his former teacher who happened to be Fritz Wotruba, the internationally renowned sculptor, head of the sculpting department in the Academy of Fine Arts in Vienna and leading its most prestigious masterclass. Grumpy and squinting his eyes, the professor scrutinized the egg from every corner. Finally turning away he mumbled: ‘I shall expect you at the start of the semester in my class, no entrance examination necessary!’ and left. So the student of science became a student of the arts.

Wotruba was an extremely well-read and charismatic teacher who taught me what I missed in the sciences. He always said, ‘Art probably is the soul of humanity’. But when after years of study I still couldn’t draw a human body without a model, I enrolled medicine and studied anatomy in depth by dissecting every muscle, nerve and artery, daily for two years. It did the trick, and never after did I need a model.

One morning, on the way to the academy, a poster caught my eye which read: ‘We are founding a student theater and are looking for a director and a stage designer.’ That sounded interesting, so I applied and directed and designed my first theater. It was so much fun and such a success that I thought, ‘Why not just do that for the rest of my life?’ I went to Wotruba telling him about my plans, but he furiously screamed and ‘ordered’ me to finish my studies; then I may do whatever I want. Meekly I went back to the class and finished my studies in sculpting. I never worked though in that field.

Fate wanted that the completion of my studies coincided with the installment of a new general manager at the Vienna State Opera. Having been an extra at the opera since my teens, I knew every opera by heart and when I heard they were looking for an assistant for the stage I applied and won the job. Soon I advanced to stage director (‘Abendspielleiter’), working with stars like Herbert von Karajan, Leonard Bernstein, Franco Zeffirelli, Luciano Pavarotti and many others; a very exciting time, last but not least because I also became father of two wonderful children, first a son, and then a daughter. Life was fine. After a while, however, it dawned on me that on my workplace in the opera I had reached the ceiling. If I would want to direct an opera myself I need to go to smaller houses. So, when I received the offer to direct and design a play in the city theater of Münster, I quit and went to Germany.

One thing led to another until I found myself in New York, the city of my dreams, directing and designing plays at various theaters including the world-renown La Mama ETC, and eventually running my own stage, the One Night Stand Theater. This dream lasted eight years when it came to a screeching halt because of a failed attempt to gain residency through a ‘marriage of convenience’. I had to leave and as I couldn’t imagine any Western city other than New York, I went to Asia, which turned my life upside down.

First stop: Thailand. I didn’t like the way it had developed from when I got to know it first, some 20 years earlier. What appealed to me though was a little temple in the jungle with no electric lights which a friend had shown me. When the head monk asked me if I would like to paint the walls of his temple with Buddhist stories, I instantly agreed. Before, though, I asked him to give me time to study traditional Thai painting. Not that I had planned to paint ‘Thai style’, but I wanted to deeply understand what Thai sensibility possibly could be before making any brush stroke on these sacred walls. The monk agreed.

On a trip to Cambodia, which still was afflicted by the civil war, I was introduced to the former court painter of the King of Thailand. For some reasons, the royal artist had to flee his home country and gathered a few students for Thai art in the outskirts of the ancient temple town of Angkor Wat. I told him my story and asked him if he could teach me. After letting me do a few spirals and snake lines with a tiny brush, made from hairs of mouse ears, he agreed. Taking showers from a barrel, eating scorpions and other insects, meditating, sleeping without mattress on the wooden floor, making trips to the Angkor temples at full moon with drunken soldiers guarding them, assisting the teacher while he discovered a thousand-year-old Khmer relief carved into the rocky bottom of a shallow river – a universe had opened up I never thought it would exist.

More than one year I spent with them before returning to Thailand to the forest temple with no electric lights, ready to ordain as a monk and start the paintings. It should come differently. In the meantime, a Chinese businessman had donated electricity, the night was filled now with harsh and fluorescent lights, blasting loudspeakers were greeting tourists. I fled. That plan had been crushed.

I went to Bangkok where I dived into the ‘Ramakien’, the Thai version of the vast Indian mythological epic Ramayana, which I had already studied in Cabodia. 100,000 verses of poetry about gods and demons, monkeys and the hero Rama are painted in miniatures on 400 meters of walls surrounding the Grand Palace.

These paintings, originally dating from the 1700s, were whitewashed and repainted every 50 years. ‘Don’t hang on to anything’ was the task the artists had to train. The scope of this titanic work dwarfs even Michelangelos Sistina. Over the course of the following years, my fascination grew into a book of over 3,000 pages, which got lost at once when I, clueless as I was, tried to transfer the file to my new computer. Years of work and purpose vanished. ‘Don’t hang on to anything’ I certainly had learned.

Lost and depressed, all the demons of my past began to surface. To get a grip on them, I wrote another book, this time about my parents and myself. That brought some clarity, and power to continue.

During a dinner in Bangkok, someone offered me 26 hectares of wasteland, with no documents, in the hinterland of Thailand for a ‘symbolic’ amount of money. That was a turning point. Deeply concerned by the rampant destruction of the environment, I took the land with the goal to reforest it. I learned and consulted with many experts about methods of reforestation and eventually, at the onset of the rainy season, planted thousands of seedlings on the deserted land. The trees grew well and when they started to look like a fledgling forest, disaster struck again: ‘It took us so much effort to cut down those bloody trees and now that stupid foreigner wants to bring them all back again!’ said the villagers and burned down the land with all my trees. Lesson learned: conservation doesn’t stop at planting trees.

Again, I submersed myself in studies, took courses in soil biology with Elaine Ingham, added permaculture with Jeff Lawton and, foremost, ecology and systems theory with Fritjof Capra. During this time, Thailand deteriorated environmentally and politically to an extent that made it unlivable for me. I moved to Bali (not my cup of tea), learned then how to grow and process tea and cinnamon in Sri Lanka and eventually concluded my odyssey in Costa Rica, a hotspot for biodiversity. No national military, 26% protected areas and no recreational hunting – that’s as close to paradise for me as it could get, and as of yet, I haven’t been disappointed.

My arrival in Costa Rica coincided with the opportunity to take another course in permacultural design, this time with Scott Pittmann, the pinnacle of permaculture. Pittman definitely catalyzed my decision to manifest what I had learned. I acquired 24 hectares of badly degraded land with the goal to revive the ailing soil, create a wildlife sanctuary and integrate ourselves as positive members into the ecosystem at large. We wanted to blur the line between human settlements and wilderness to the benefit of both.

Experts warned, it will take at least seven years to restore the soil and we would need chemical fertilizers at the onset. But we refused the chemicals, used special plants instead and microorganisms, and within less than four years the soil had been ressurrected!

Its biome is thriving now and scores of animals are returning by the days: A family of river otters is playing in our creek, greater grisons, the rarest mammal in Costa Rica, are trying to steal our chicken,, rare boat-billed herons built their nests and started just their second colony. Curassows, a species threatened by extinction, green ibis, usually only seen on the Atlantic side, they all are breeding here. And in the camera traps of the University of Costa Rica, who monitors our wildlife, we found ocelot, puma and jaguarundi here on our land. So, something is definitely working!

We are now reaching out beyond our borders, trying to spread the seed of our approach to restoration and reintegrating human settlements into natural ecosystems for the benefit of both. If you want to learn more and follow our journey, please read our blog or explore our methods here.