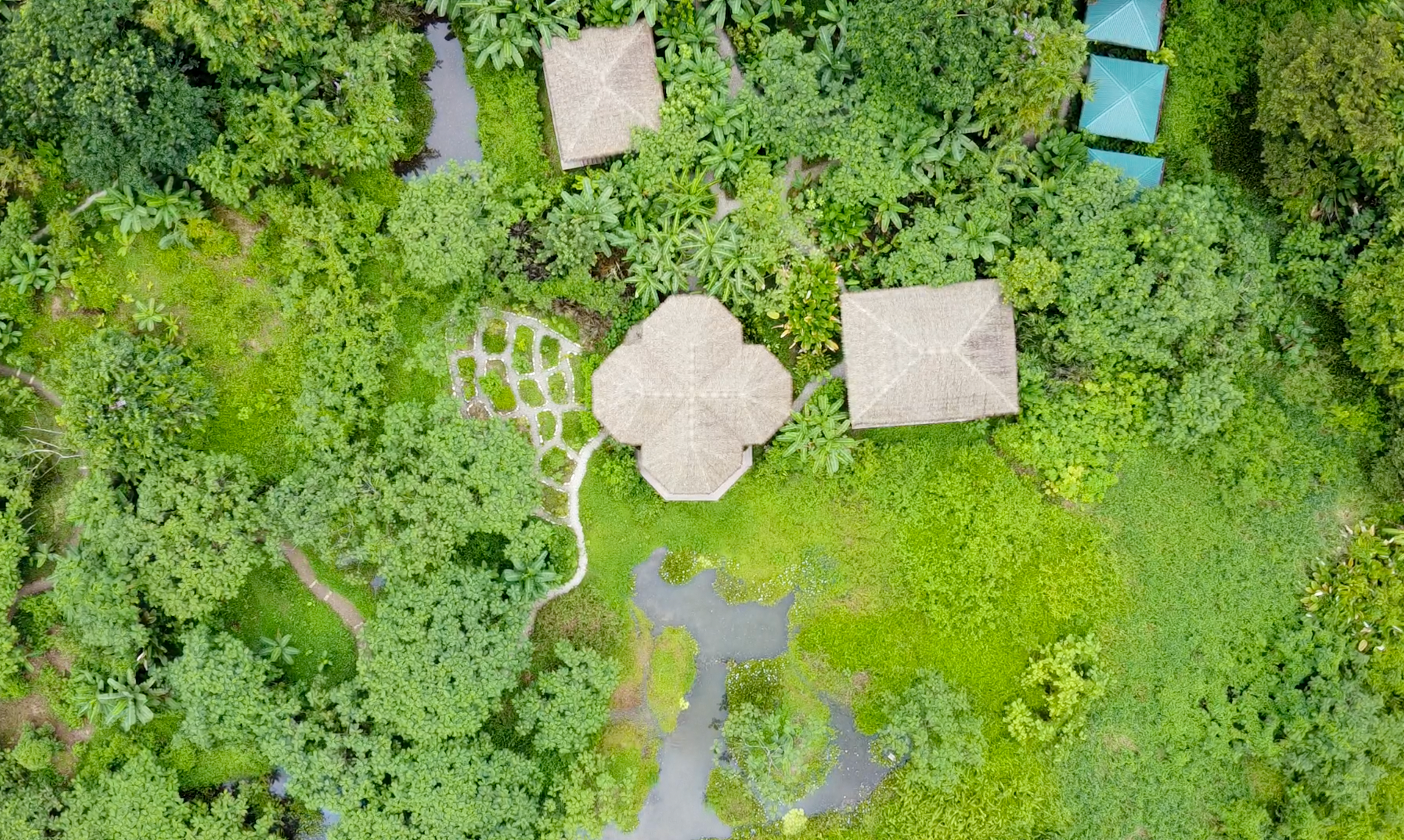 To do so most effectively we combine several interconnected methods: microorganisms, biochar, nitrogen fixers, pioneer trees, plants that draw minerals from the depth of the soil, mulching weeds instead of uprooting them, and succession.

So far, 24 hectares at the Refugio have been successfully restored in record time. The failure rate of young trees in our reforestation was no more than 3% while a failure rate of over 10% is often considered normal in this area.

The rapidly increasing biodiversity is also encouraging: Several endangered species have found a new home in the Refugio and are breeding here, such as currassows, boat-billed herons, green ibis and many more. River otter, ozelot and the greater grison (the rarest mammal in Costa Rica) are some of the most exciting sightings of mammals in the Refugio. The government and the University of Costa Rica support us with camera traps in documenting the number of species.

Reaching beyond our borders

Biological corridors are necessary for the many animals that don’t dare to cross open areas. By connecting protected wooded areas, like national parks and forest reserves, animals can roam freely between them which prevents inbreeding and ensures genetic diversity.

The government of Costa Rica proposed several areas for such corridors: one of them is AMISTOSA, connecting the national parks Corcovado, Piedras Blancas and La Amistad. It covers an area of 50,000km2 and as we are located within that area we want to contribute to its reforestation.

Depending on soil conditions and other circumstances, different areas require different combinations of tree species and different approaches in reforestation, ranging from complete reforestation to island reforestation and, In some cases, even leaving the land undisturbed to recover by itself.

Our basic approach for reforestation is illustrated in the short animation below:

‘Island reforestation’ is a method, where only patches of reforestation are established in reasonable distances. Birds and mammals drop seeds in between these ‘islands’ which then recover in a natural way.

Especially sensitive areas are wetlands, the most endangered habitats in the world. If leaving them undisturbed for self-recovery is not appropriate, they require careful landscaping, phytoremediation and a very selected choice of trees. We successfully reforested several hectares of wetland in the Refugio without draining the land.

The simplest and least expensive approach is to acquire land, legally protect it by declaring it an ecological protection area and leave it undisturbed to recover by itself. In Costa Rica a special law (‘Servidumbre Ecológica’) protects such a land permanently.

Help us make the next steps!

We are thankful for your support! To help us make the next steps, by providing funding or otherwise, please get in touch.